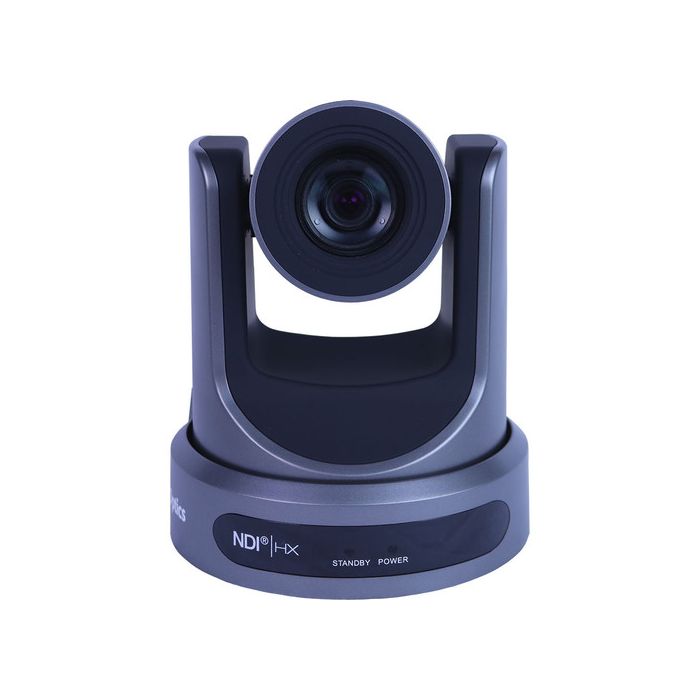 The NDI protocol, NewTek's innovative IP technology, gives you low-latency access to audio and video devices anywhere on your network for various A/V applications. You won't be restricted to sources connected directly to a single system. The 30X-NDI comes with a NewTek NDI license, so you're set to go right out of the box. The camera also has a composite output that can be used on its own (without any of the other outputs at the same time) to deliver 576i/480i resolution.

The 30X-NDI has a 4.4 - 132.6mm lens providing a 30x zoom range which is best used in large settings, such as gymnasiums and auditoriums. The NDI versions of the PTZOptics 30x cameras are ideal for streaming applications, houses of worship, sports streaming, live productions and events, and when cable runs might be an issue (when you'd rather run Ethernet cables instead of coax). The camera does well in low-light conditions owing to a fast f/1.8 - 2.8 lens aperture and minimum illumination requirement of only 0.5 lux.

On top of this, built-in wide dynamic range and 2D and 3D noise reduction further enhance the conferencing experience. The camera is completely open-source so developers can customize everything as they prefer using simple HTML.

The 30X-NDI can be powered over PoE or using the included power supply. It offers RS-232 and RS-485 serial control, an audio line-in for HDMI and NDI/IP streams, and 10 presets via the included IR remote control or 255 via serial or IP control.