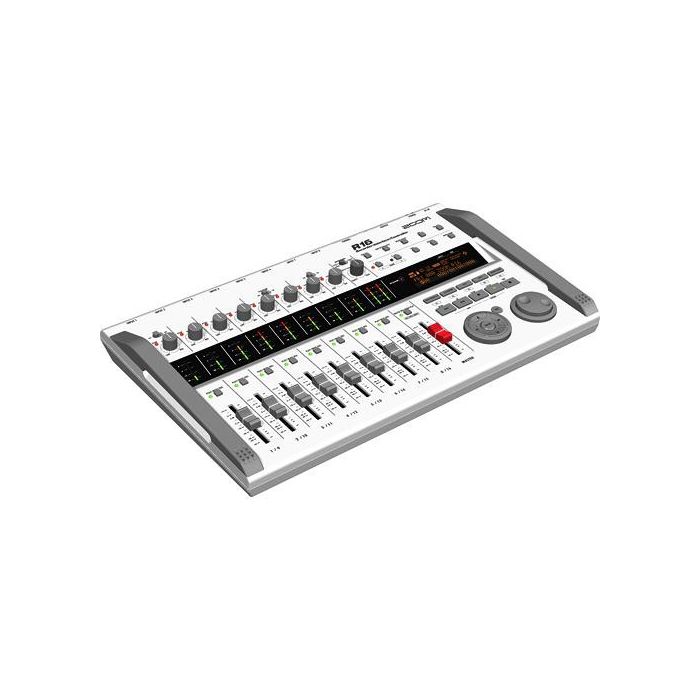 The R16 from Zoom unites many different audio tools into a single powerful unit; it's a stand-alone multi-track recorder, and a USB 2.0 computer audio interface/control surface, as well as a battery powered field recorder & mixer. Whether you're recording a full band, working on an indie film, or just using the built-in mics to demo a new song on your acoustic guitar, you'll always have a use for the Zoom R16.

Using the R16 as a USB 2.0 audio interface to record into a computer also opens up different possibilities. Musicians can use it to track and mix with their favorite music production program, or use the included Cubase 4 LE software. Film makers and photographers can record voice overs and ADR (additional dialog recording) directly into their favorite non-linear editing programs like Final Cut Pro.

The control surface capabilities of the R16 will also benefit Final Cut Pro users (and other NLE programs). Its dedicated transport controls and jog/shuttle can be used to control the software, allowing the user to be less dependent on their mouse and keyboard. This is a huge benefit for musicians as well. Control surfaces help people focus on their creative work, rather than make them feel like they're checking their email.

With all of the potential uses and creative possibilities the R16 provides, it truly stands in a class of its own. When you factor in its budget-friendly price-tag, it really becomes an incredible option for any aspiring creative person.