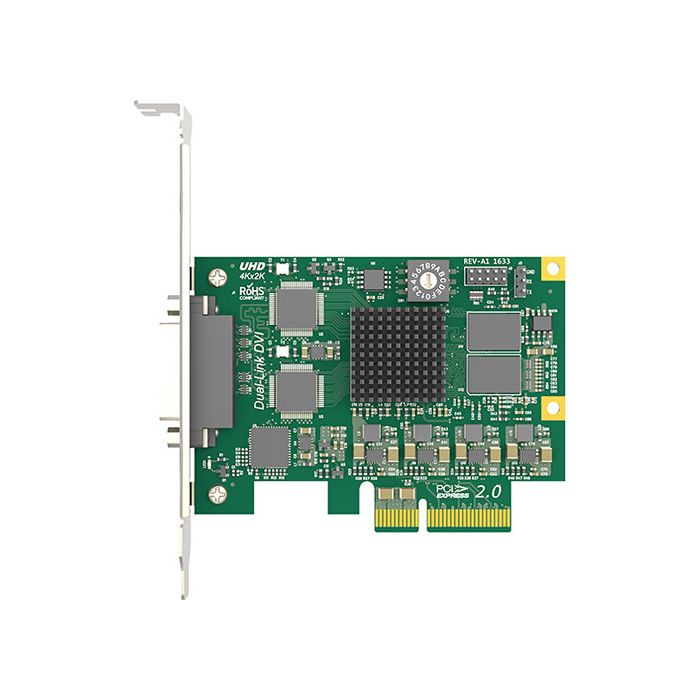 Use an optional DVI-D to HDMI 1.4 adapter (not included) to input via HDMI. Capture uncompressed video from a camera or switcher's DVI-D or HDMI 1.4 output on your computer for recording, editing, or streaming.

The Magewell Pro Capture DVI 4K is compatible with Windows, macOS, and Linux systems. Extraction of audio-formation and channel-status data, video-timing, Sony and Canon DSLR timecode, and 3D-format information is supported, as are multiple color spaces in 8- and 10-bit formats.

Video processing features include frame-rate conversion, cropping, scaling, de-interlacing, and aspect-ration conversion. Multiple Magewell 1160 cards can be used and numbered in one system.