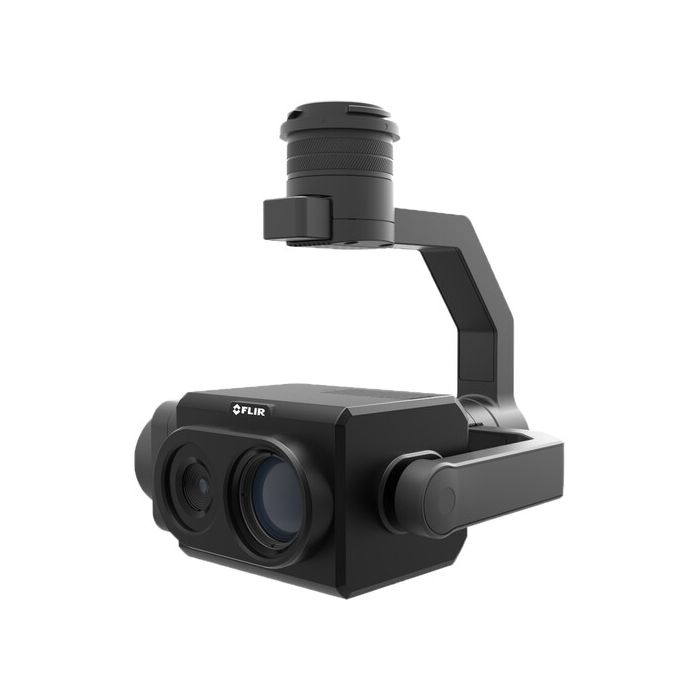 This plug-and-play FLIR thermal imaging solution provides a wide 95° field of view (FOV) to cover large areas during a single flight, as well as a narrow 18° FOV to instantly put more pixels on target.

Thanks to these capabilities, the FLIR Vue TZ20 Thermal Camera is a powerful tool for public safety and industrial inspection, combining improved image detail with magnification to help assess situations and make critical decisions.

Bolster Your M300 RTK Or M200 Series V2 Missions
The FLIR Vue TZ20 drone camera is a ready-to-fly out-of-the-box solution which can be quickly integrated with DJI's latest commercial drone solution, the M300 RTK, as well as the Matrice 200 Series V2.

The camera can be paired with these drones through the Skyport V2.0 gimbal.

With its dual thermal zoom capabilities, the TZ20 is a powerful solution, especially when paired with other payloads.

This is especially true of the M300 RTK, which can carry three payloads at a time, including FLIR drone cameras.

The DJI Pilot app can be used with the FLIR Vue TZ20.